A NIGHT WHERE TECH STARS SHINE

The Oscars of the Malaysian tech industry, the prestigious Serba Dinamik – PIKOM Unicorn Tech Awards Night 2019 was a grand affair which saw the local tech industry recognise and celebrate its best achievers. 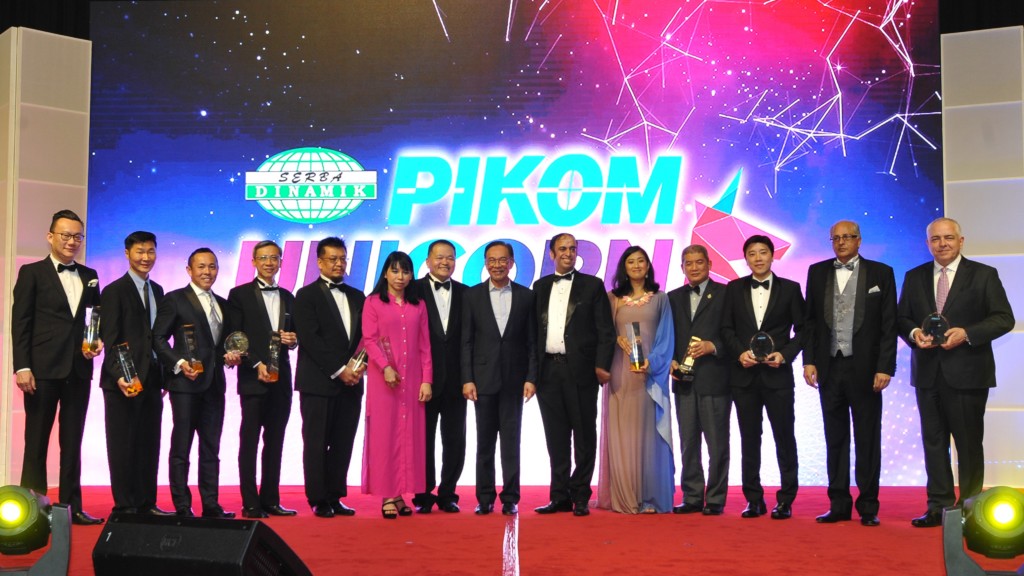 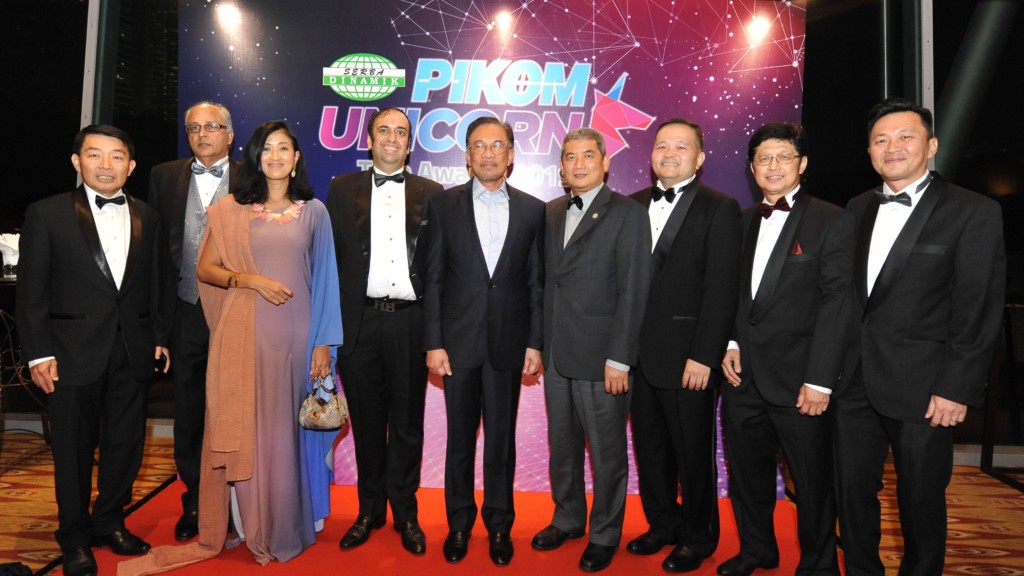 Anyone who says that the tech industry parties are staid, dull affairs have certainly not been to the one by PIKOM. This year’s Serba Dinamik – PIKOM Unicorn Tech Awards Night 2019 (Tech Awards) was a glitzy, glamorous and fun affair filled with music, dances, good food, great networking, stirring speeches and beautiful people dressed up to their nines!

It was also the largest with 108 tables filling the Grand Ballroom at the KL Convention Centre. Nearly 1,080 people from the Malaysian tech industry gathered to celebrate the brightest and best from their industry. The title sponsor for the event this year was the leading company in the oil-and-gas industry, Serba Dinamik Holdings Sdn Bhd. The special guest for the evening was Member of Parliament Datuk Seri Anwar Ibrahim, who delivered the special address for the evening.

What made this particular Tech Awards night special was that it was held for the first time in collaboration with the MSC Malaysia APICTA (Asia Pacific ICT Alliance Awards) and GBS (Global Business Services) Asia Awards.

There were three important speeches given that night. The first was by the then PIKOM Chairman Ganesh Kumar Bangah where he unveiled the new name of PIKOM as the National Tech Association from its previous name of the National ICT Association of Malaysia. He explained the rationale for this change: “In its early days, we were known as Persatuan Industri Komputer Malaysia. With time and the changing IT landscape, the association transitioned to Persatuan Industri Komputer dan Multimedia Malaysia. To fit into the forward-thinking and fast-changing digital landscape of today, the association has evolved to become known as the National Tech Association of Malaysia.”

He also valued the title sponsor Serba Dinamik’s participation in the award night. “They are also moving big into the tech industry, realising the vision of PIKOM is very similar to theirs,” he said.

This dinner is to recognise the tech icons of this industry. The various awards given tonight are to find the next tech unicorn. I’m proud to say that a few years ago, a company called Grab was recognised for its efforts and given an award on such a night like this,” he added.

PIKOM had been advocating for a ministry that is focused on technology for a long time, said Ganesh. “Since the technology industry has become so important and it will be the backbone of future industries, it is vital that the country has a tech ministry to look into the tech issues.”

There was a palpable buzz in the audience when it was the turn of Datuk Seri Anwar Ibrahim to deliver his keynote address for the night. He congratulated PIKOM for remaining relevant to the needs of the industry. He also touched issues such as social disparity, the need for Malaysia to catch up in the digital march and for the tech industry to work towards technology opportunities for all. 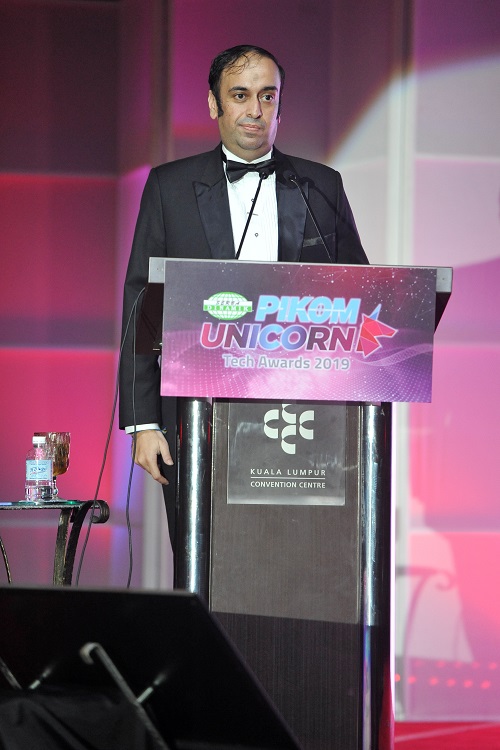 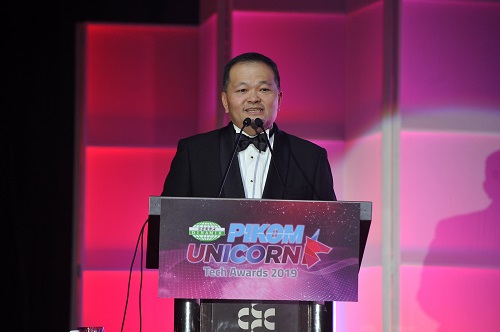 Sean Seah, the Dinner Organising Chair, in his speech, explained the significance of the word unicorn in the name of the award night. “We are in search of the Malaysian tech unicorn,” he said. “A unicorn is a company with USD1 billion in market capitalisation. We hope to inspire our tech companies to think internationally and to reach global heights.” He also thanked Serba Dinamik and hoped that the company would be back next year as the title sponsor.

Sean Seah, the Dinner Organising Chair, in his speech, explained the significance of the word unicorn in the name of the award night. “We are in search of the Malaysian tech unicorn,” he said. “A unicorn is a company with USD1 billion in market capitalisation. We hope to inspire our tech companies to think internationally and to reach global heights.” He also thanked Serba Dinamik and hoped that the company would be back next year as the title sponsor.

He reminded the guests of the important event in 2020, the WCIT2020, the premier event in the tech world. “This is one of the most important PIKOM projects for 2020 and we hope it will be a huge success. WCIT2020 is a rewarding event to bring to Malaysia which will propel the country forward in terms of the tech industry and the exposure Malaysia will be getting from the tech world.”

He also thanked his committee members who worked very hard to ensure that the evening would be an event to remember with the “best food, best entertainment – in short, a world-class event”.

In between the giving of the various awards, the evening was filled with entertaining dances, performances by the live band Arjuna Malaysia, wonderful food and guests networking and meeting old friends and acquaintances while making new friends and business contacts. The evening ended with a grand lucky draw and prizes for best-dressed awards. The band continued to play songs by popular demand and everyone agreed that this was truly one of the best PIKOM award nights that truly lived up to the promise of being a world-class event.

Dato’ Abdul Karim Abdullah, Tech Personality of the Year: “As a company, we are honoured to be the title sponsor for this event. We have high respect and regard for PIKOM. It’s a brand name that is recognised and respected domestically and internationally.” 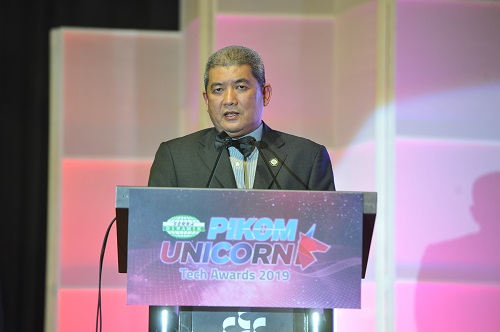 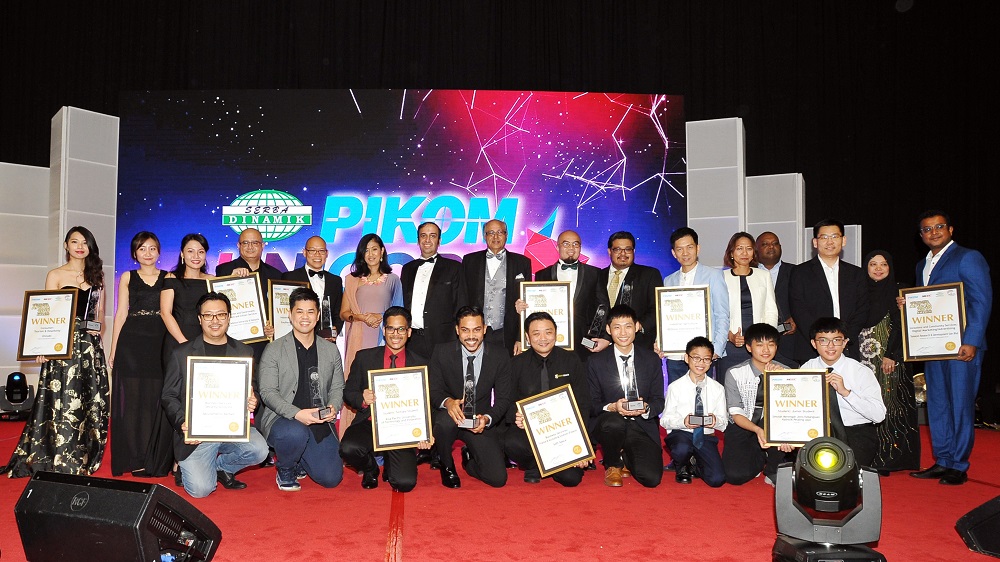 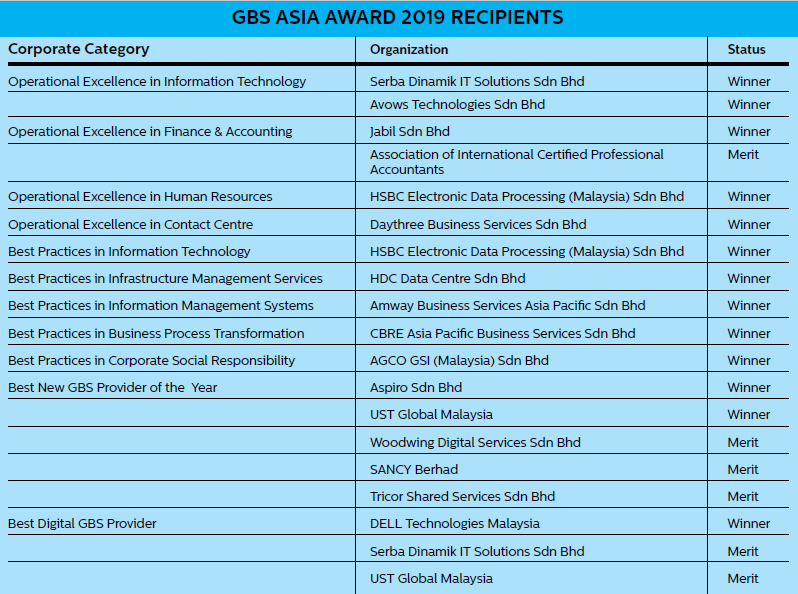 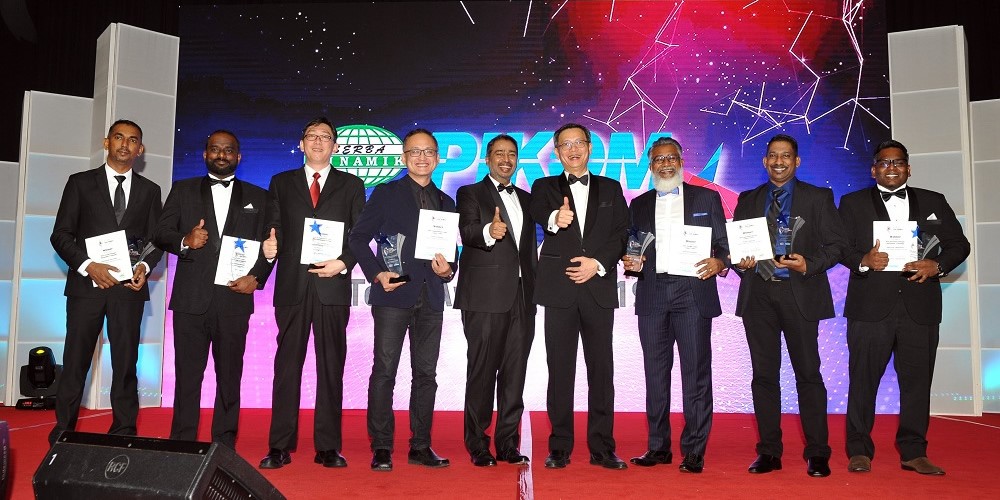